SonoLab Software is used to control Covaris’ Focused-ultrasonicator instruments allowing millisecond timing control of the focused acoustics. The proprietary software provides a user interface for manual control of the instrument, as well as an “integration interface” and an API for automation integration.

Method editing made easy for your application 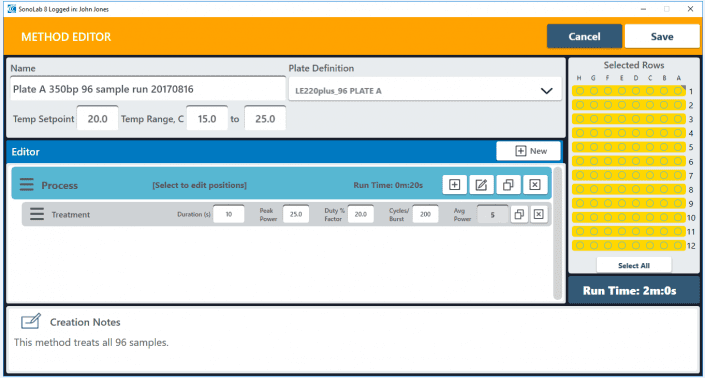 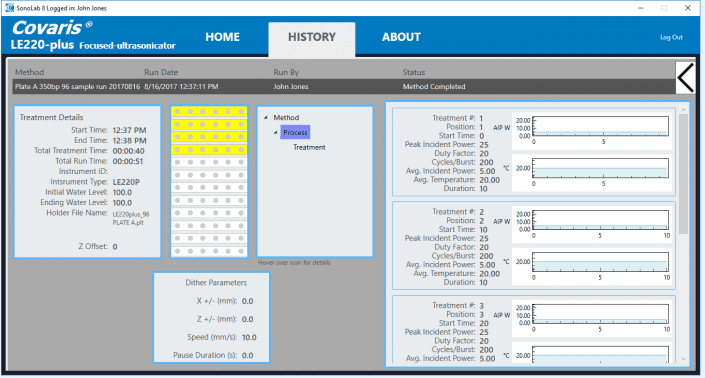 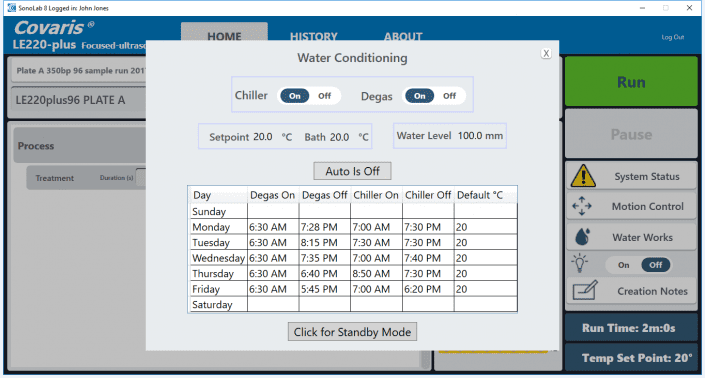 Ensure your instrument has the latest SonoLab version for optimal instrument performance. 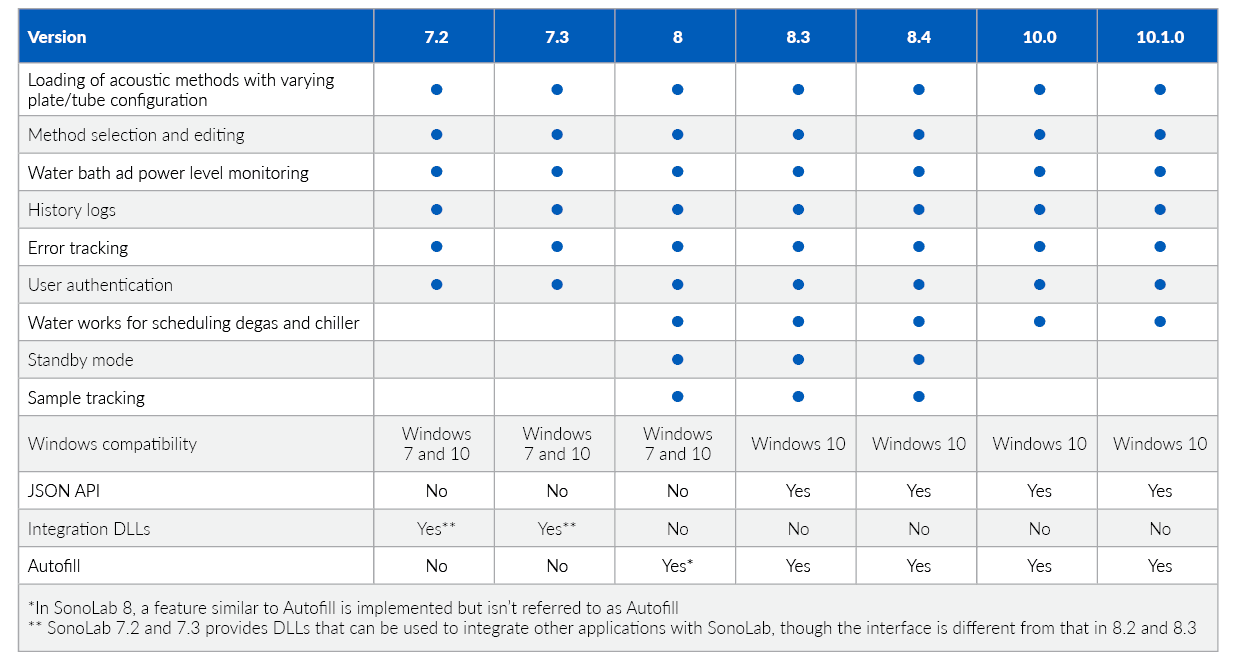 Please note, SonoLab is designed to be compatible with all versions of Microsoft Windows 10. The first two numbers in the software name (e.g., 10.0) are to specify the edition and the third number indicates the software version (e.g., 10.0.1).

For any other compatibility related questions or for discontinued product downloads, please contact [email protected]

How does an acoustic treatment work?

AFA treatments consist of very high frequency acoustic signals occurring in a series of
“bursts” with each burst followed by a zero power state, as illustrated below.

Treatments are defined by the following parameters:

Cycles per Burst – the number of acoustic oscillations contained in each burst.

The illustration shows five cycles in each burst.

Duty Factor – the percentage of active burst time in the acoustic treatment. The
illustration shows a Duty Factor of 20%.

Peak Incident Power – the power, in Watts, being emitted from the transducer
during each burst.

What happened to Intensity (as employed in previous versions of SonoLab)?

What version of SonoLab is compatible with my instrument? 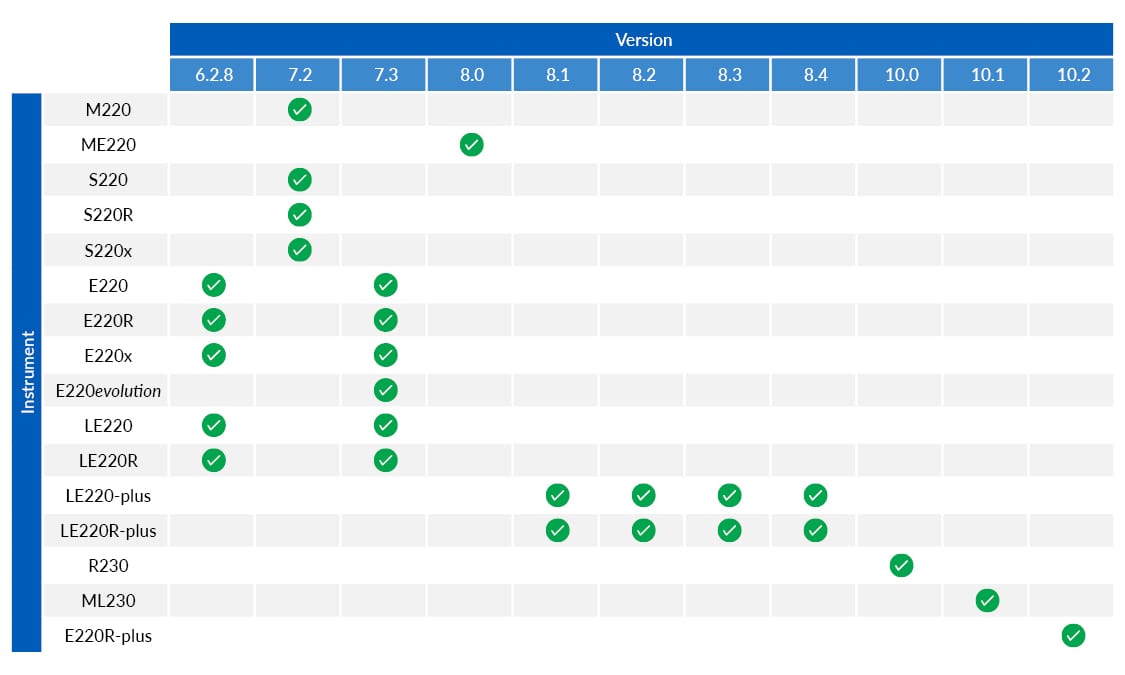 Get new product announcements, protocol and software updates, and more delivered to your inbox